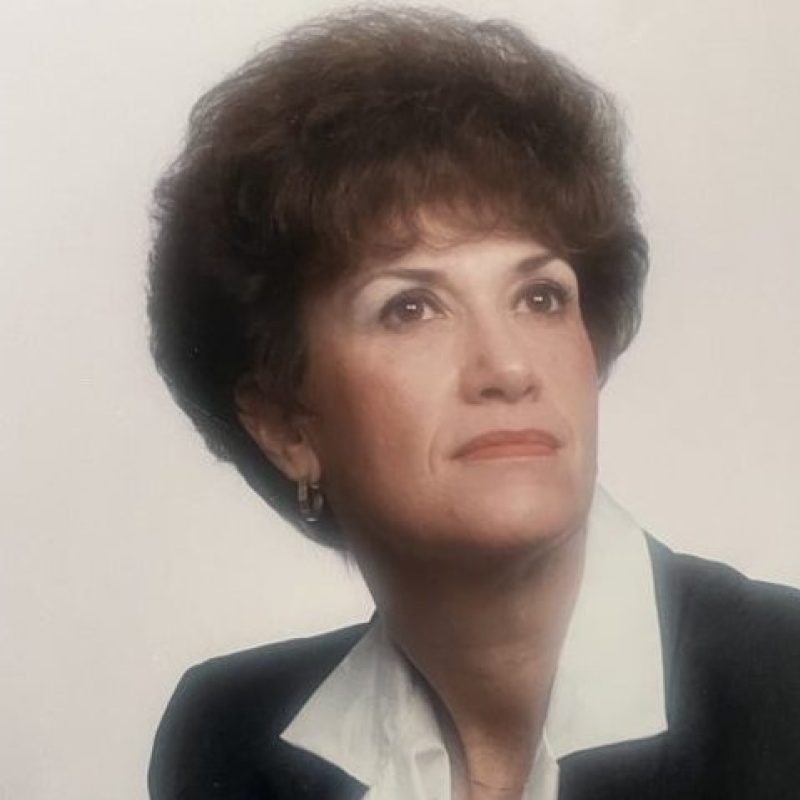 Patricia Royce Hawkins finally had to admit that death is more determined than she was and passed away in her home, surrounded by her family, after a hard battle with cancer on July 21, 2022, at the age of 83. Those who had the privilege of knowing Pat knew she was a strong, smart woman; which translated on a daily basis to her being tenacious, spirited, and confident.  She had a biting wit and clever sense of humor that she passed down to many of her progeny, and time spent with her always included laughter and fun. Pat was born to Genevieve Miner and James Roy Holt in Salt Lake City on June 24, 1939, and was raised primarily in Standardville, Utah. With no college degree, Pat rose to become Executive Vice President of Operations at First Security Bank in Salt Lake City where she met the love of her life, Delon Hawkins. Pat and Delon were married in West Valley City on May 6, 1989, and sealed in the Jordan River Temple June 6, 2014, shortly before Delon lost his battle with his own cancer on February 23, 2015. Pat loved her family fiercely and without reservations, she also did everything in her own time and on her terms and her death was no exception. She fought against her increasingly debilitating complications long enough to have her family together one more time and then declined quickly after. Pat is survived by her brother, Jack (Mary) Holt and her children Geri (Bob) Braegger, Bountiful, Utah; John D Hawkins (Debbie Bullock), Phoenix, Arizona; Tonja (Craig) Youngberg, Elk Plain, Washington; Heidi (Thomas) Short, Layton, Utah; and Katrinia (Seth) King, Draper, Utah. She leaves behind a large, extended family including 17 grandchildren, and 13 great-grandchildren. She is preceded in death by her husband Delon Hawkins, parents, and grandson Austin Youngberg.

The family would like to especially thank South Davis Hospice and Pat’s nurse, Carly, for making her final days comfortable. Pat leaves behind a legacy of love, loyalty, and laughter. A viewing will be held August 2nd from 10:00-11:00 am at the Farmington Russon Brothers Mortuary at 1941 N Main St, Farmington, UT. She will be interred later that day in Malad, Idaho and will spend eternity with Delon. The family will then have one more Panda Party for Pat. Instead of sending flowers, go to dinner with your family and laugh about life, it was one of Pat’s favorite things to do.

To order memorial trees or send flowers to the family in memory of Patricia Royce Hawkins, please visit our flower store.