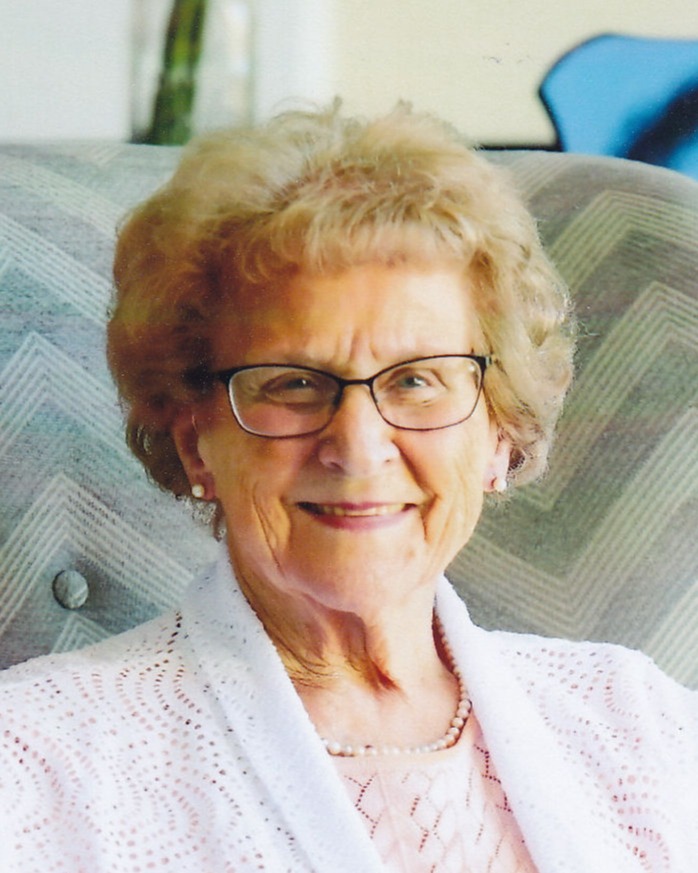 Our dearest and most beloved mother, grandmother, Kathalee Bowen Nelson was reunited with her sweetheart and eternal companion on the evening of August 4, 2022. She went peacefully surrounded by her children.
Kathalee was the seventh of nine children born to Clyde and Laura Reese Bowen on August 31, 1928 in Samaria, Idaho. She was raised in Malad, Idaho, spent her adult years in Utah, but it was clear that you couldn’t take the “Idaho” out of her.
She graduated from Malad High School, attended BYU, then met and married the love of her life, David George Nelson III for time and all eternity in the Salt Lake Temple on December 20, 1946. They lovingly lived 55 years together raising their eight children and supporting everything the kids were involved in. She was happiest when attending everything she could (little league, high school, and college games), including the activities of the grandchildren and then the great-grandchildren – and that was a lot of ball games. There were piano, dance recitals and choir performances sprinkled in. If she had a jar of peanut butter, bottle of pickles and a cantaloupe she could make a party.
She had an unwavering testimony of Jesus Christ and lived to be an example that will shine on through her extensive posterity.
It was at her knee and under her watchful eye that her children were raised to love others and each other. Her gentle and giving ways were made manifest in the daily details of her life. From her kitchen (homemade bread, rolls and pies), from her garden (bottled fruit of all kinds), from her sewing machine (clothes for a growing family and quilts) and from her hands and heart (love and adoring attention), she has given much. She has given quietly and unassumingly a life of service to her family, neighbors and friends.
She had fond memories of working at Viewmont High School for 18 years as a secretary in the office. She was proud to say that every year from 1967 through present day there has been a Nelson attending, teaching, coaching, or working at that school. She made a lot of life-long friends while working there.
She was preceded in death by her eternal companion, David George Nelson III; her eldest son David George Nelson IV; a grandson McKay Reese Nelson; and a granddaughter Amber Riley. She was also preceded in death by her parents and siblings Annie, LaVar, Bob, Thayne, Ren Ray, and Johnny. She is survived by her children Sherlene Oliekan, Judie Nelson, Clyde (Tauna), Lori Cerar (David), Kim (Leslie), Kelly Exon (John), Kris Bagshaw (Kent), daughter-in-law Zeffie Nelson-Barton, 35 grandchildren and 85 great grandchildren, and 3 great-great grandchildren. She is also survived by her beloved siblings, Helen Harris and George Bowen.
We are who we are because you were who you were
A viewing will be held at Russon Mortuary 295 North Main Street, Bountiful on Tuesday evening August 9th from 6:00 – 8:00 pm. Funeral services will be held on Wednesday August 10th at the North Canyon 5th Ward, 2505 South Davis Boulevard, Bountiful at 11:00 am with a pre-service viewing from 9:45 – 10:45 am. Interment at Lakeview Cemetery.
Services will be streamed live on Russon Mortuary & Crematory Facebook page and this obituary page.

To order memorial trees or send flowers to the family in memory of Kathalee Bowen Nelson, please visit our flower store.