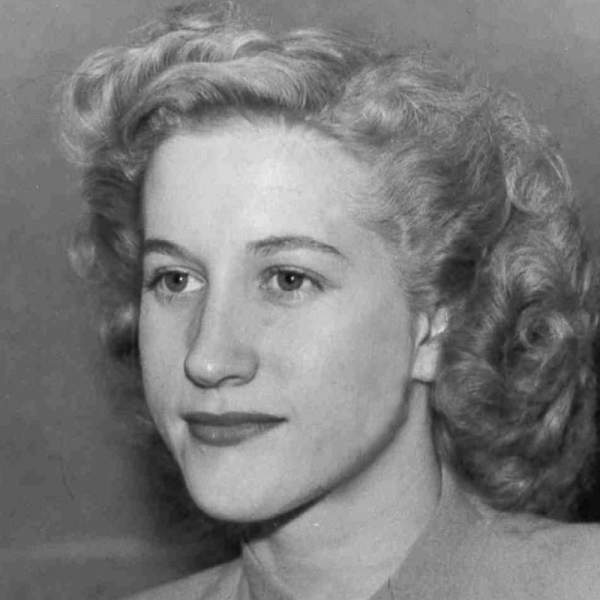 Helen LaRose Beebe was born in the LDS Hospital in Salt Lake City on September 14, 1922, to Carl George and Rose Anna Barnson Beebe who resided in Circleville Utah.  She had one brother, Ronald Carl Beebe (Cherie Smith) and three sisters, Jessie Louise Beebe (James J. Chidester), Anna Colleen Beebe (Clem Allen) and Marjorie Joanne Beebe (Russell Wood/Edward L. Wood “Ted”). She was baptized a member of The Church of Jesus Christ of Latter-day Saints in the Sevier River by her father Carl Beebe.  She was a devoted sister and loved her family very much.  As a child she learned to sew from her mother, played with the animals on the farm and picked potatoes in the fields.  She was very bright and anxious to learn about all things.  Her sister Colleen commented that Sunday afternoons were spent trying to draw the “funny papers”.  She said Helen was a natural and reproduced the comics as accurately as if it was a copy of the paper.  It has been said that everything she did was to perfection.

At 16 years of age, having skipped a grade, she was the valedictorian of Piute High School .  She had a full scholarship to Branch Agricultural College (Southern Utah University) and moved to Cedar City and attended college for one year.  When she arrived in Cedar City her Dad gave her $15 and a “good luck”.  She worked in Bryce Canyon Lodge for two years; Sun Valley Idaho and Los Angeles and then returned to Salt Lake City.  While living in Salt Lake she worked at Remington Arms and during this time received her pilot license at Thompson Flying Service in Woods Cross Utah.   She trained to ferry aircraft during the war, the war ended, and she was not able to ferry bombers from New York to London as she had been trained to do.  She did fly some reconnaissance missions in Cessna’s looking for Japanese fighter planes in Southern Utah.   Helen was gifted with a quick mind and was a renaissance woman in her day and very independent.

Helen is 12 years senior to her sister, Joanne and had great affection for her.  When she was living in Salt Lake, she would ask her mother to put her Joanne on the bus to Salt Lake City. Helen was always there to pick her up at the Salt Lake bus station.  Joanne spent many summers with Helen, and she was introduced to the “big city”.  They went on many adventures and of course, shopping.

In 1946 she returned to Circleville and married Clark Davis who recently returned from serving in WW11.  They were married in her parents’ home.   C.B. “Bud” Crane a long-time resident of Circleville married them.  During that summer Colleen and Jessee were also married.  Colleen was married at 18 and hadn’t yet graduated high school; she followed in Helen and Jesse’s footsteps and gave the valedictory address as a married woman.  Helen was very generous and gave Colleen a gift of matching slacks and bomber jacket so that she would look nice on her “honeymoon”.

They purchased a small home not far from her family home and they had two children Jeff and Susan Davis.  Helen worked in the Circleville Post Office until they moved to Bountiful, Utah. Helen’s husband, Clark, worked for the Fish and Game Department.   He received a promotion with the Utah State Government in the Land Conservation Office within the Fish and Game Department and his district was the Manti-LaSalle National Forest.

They moved to Bountiful, Utah, purchased a home in Val Verda and lived there until the passing of her husband on August 2, 1974. Before Clark died a terrible tragedy occurred in the family as Joanne’s husband died.  This left Joanne with two small children, Wendy and Cristy.  Helen convinced Joanne to relocate to Bountiful and Joanne moved next door to Helen.  Helen was a second mother to Wendy and Cristy and a comfort to Joanne.  They girls went freely from one home to the other.

The 60’s were a time that Helen’s family and Joanne’s family traded holiday celebrations with their sister, Colleen, who lived in Provo, Utah.  Thanksgivings and Christmas were always packed with lots of food and fun for the kids.  On one such occasion Colleen Allen overheard Clark and Clem (Colleen’s husband) talking out on the patio steps.  Clark said, “My wife is perfect!”.  What a compliment from your husband!  Helen and Joanne were also champion shoppers of the Saturday “Door Crashers” at Auerbach’s Department Store in Salt Lake City.  Helen brought lots of new clothes to Colleen and the children were dressed for years in Helen’s Door Crashers treasures.  She knew sizes and likes and outfitted the family.

In the 70s Helen opened her bridal gown business out of her home, she was a beautiful seamstress.  She designed and sewed fabulous custom wedding and bridesmaid dresses for many years. Her approach was innovative as she created a separate top and bottom for the dresses; designed to fulfill the wishes of each new bride.   She worked for Advanced Health Systems in Accounts Payable in Salt Lake City and Husky Oil in North Salt Lake, Utah as a bookkeeper. She also worked hanging wallpaper, upholstering furniture and worked for Engh Floral in Salt Lake City.

After her retirement at the age of 65, she kept busy in her Church callings and provided beautiful floral arrangements for church, family and friends.   She had a beautiful mind and was a gifted artist. She had many Church callings including a primary teacher, making costumes for the roadshows and decorating for Ward parties.  She was an ordinance worker in the Bountiful Temple for many years and fulfilled faithfully many church callings over the years.  She loved the Boy Scouts and taught many young men.  She taught Ronald A.  Rasband, current member of the Quorum of the Twelve in Cub Scouts.  He was one of her favorite scouts.

As her eyesight began to fail, she determined that she would sell her car, which at that time was a newer car with low mileage.  A young woman responded to the ad and said that she was a recent widow.  Helen asked her how much she wanted to pay, and the young woman said she had $5,000 cash.  Helen replied that was exactly what she wanted for her car.  The young woman then said, “Wow, if I just had a winter coat all of my dreams would come true”.  Helen said, “just a minute” and produced a beautiful winter coat for the young woman.  No fanfare, just matter-of-fact.

Helen loved to travel and went often with Colleen and Clem on trips and cruises.  She went to England with Clem and Colleen and then cruises to Alaska, Hawaii, Central America, Panama Canal, and the final one to New England and the Eastern Canadian coastline.

At the age of 99 years old she resided in assisted living in Bountiful, Utah.   Her loving daughter Susan Davis has faithfully and lovingly attended to her since the loss of her father in 1974.

Written by her niece, Peggy Rae DuBray.  She has been one of my best friends since 2001.  We have shared many trips to fabric stores over the years and she has taught me so much about staying independent and loving the Savior. She was very kind to me when I returned to Utah in 2001.  We dined together often, told stories and took lots of shopping trips.   She loved to shop.   When she had too many clothes, she gave them away. She was a great example of serving others.  In 2017, we traveled back to Circleville, Susan and Aunt Helen and I stayed overnight in her adobe home.  It has been preserved and turned into a bed and breakfast.   We all had fond memories of the life we shared in Circleville.  Sue and her brother Jeff and myself, used to play in the hills above the home.  It was a great childhood to grow up in Circleville, Utah.

Helen was much loved and will be missed.

Memories may be shared in the “Guestbook” tab on this obituary page.

Services will be streamed live on the Russon Mortuary & Crematory Facebook page and on this obituary page.  The live stream will begin about 15 minutes prior to the service and will be posted below.

To order memorial trees or send flowers to the family in memory of Helen LaRose Beebe Davis, please visit our flower store.