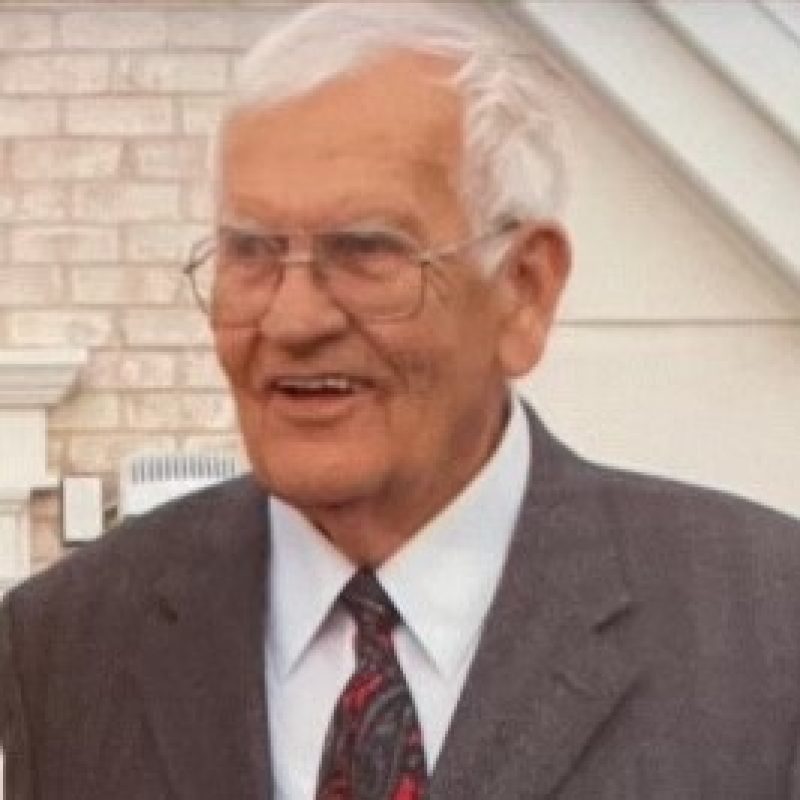 Don was born October 8, 1934 in Malad, Idaho to Donald J. and Bertha Roderick Howard.  He was the fourth of 6 children.

He was raised in Bountiful, Utah and graduated from Davis High School in 1952.  He married Gerall (Geri) Bushnell in 1953 in the Salt Lake LDS Temple.  They have resided in Kaysville, Utah since 1953.  They were blessed with three wonderful sons: Brit, Troy, and Stewart.

Don was a District Rep for Nabisco, he later owned and operated a tire and auto repair shop, and then worked as a sales rep for Murdock Chevrolet in Bountiful.  After retirement, he enjoyed working at J&J Nursery in Layton.

Don is survived by his wife, Geri, and sons Troy Howard (Sydnie) and Stewart Howard, and grandson Greyson Howard (Oakley), and great-grandchildren Londyn, Corver, and Hazen.

He was preceded in death by son Brit Howard and grandson Duncan Howard.

Burial in the Kaysville City Cemetery.

To order memorial trees or send flowers to the family in memory of Donald R Howard, please visit our flower store.