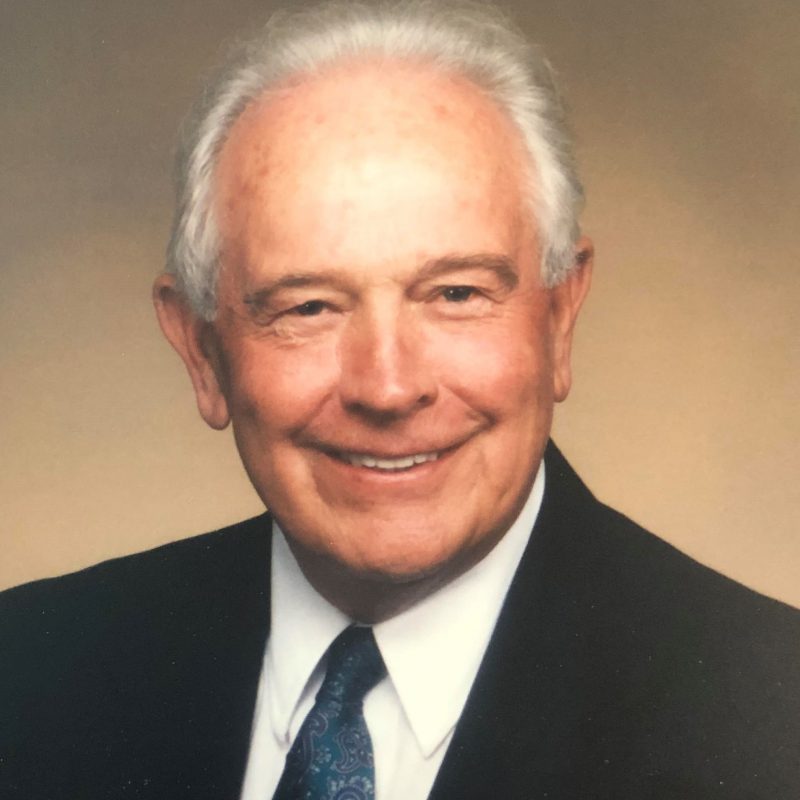 Sherman B. Sheffield, our beloved husband, father, grandfather, great-grandfather and friend, returned to his Father in Heaven on June 29, 2022. He was born May 6, 1927, in Kaysville, Utah, to his beloved parents Kenneth Heber Sheffield and Lucile Beck Sheffield.  He was the second oldest of six children. He loved his noble parents, siblings, and the special heritage of his much-loved family.

Sherman loved his hometown of Kaysville. Many noble generations of Sheffields called Kaysville home. It was an ideal place for a boy to grow up. He attended Kaysville Elementary School, North Davis Jr. High, seminary, and Davis High School. At Davis High School, Sherman served as Student Body President, business manager of the Davis Dart, and a member of the State Championship football team. He and his brother, Homer, won the regional tennis doubles play-off and they went to the State Tennis Tournament. He served in the U.S. Navy in World War II. After the war, he attended Brigham Young University during 1946-48. He served a mission for The Church of Jesus Christ of Latter-day Saints in Great Britain 1948-1950. He served as Branch President in both the Oxford and North London branches of the Church. He also played on the missionary basketball team that won the British national basketball championship.

While attending Brigham Young University following his mission, Sherman served as President of the Blue Key Honorary fraternity, Vice-President of the Sophomore Class, member of the Student Council, member of Phi Eta Sigma and Delta Phi. He graduated with a BS in history from BYU, a university which he honored and respected because of its high academic, social and spiritual standards. He received his master’s degree from the University of Southern California. He taught history at El Camino College and early morning seminary in Los Angeles. Later he returned to BYU as Director of On-Campus Adult Education.

Sherman married his beloved sweetheart, Karma Rae Jackson, who was also on the BYU administration faculty, in the Salt Lake Temple June 6, 1958. With a Ford Foundation Fellowship, they went to the University of Chicago where Sherman completed his PhD. He did his research on Orientation of Adult Learners.

Coming from five generations of faithful members of The Church of Jesus Christ of Latter-day Saints, Sherman was always faithful and active in the Church. He served as a Bishop, in three bishoprics, Stake Presidency, and three High Councils. He served on the church-wide Teacher Development Committee. With his sweetheart, Karma Rae, he served additional missions in Singapore-Malaysia, humanitarian service in China, and in East Africa (as Latter-Day Saint Charities Directors for Kenya, Uganda, Ethiopia and Tanzania).

Funeral services will be held at 12:00 p.m. on Tuesday, July 5, 2022, at the Foothill 7th Ward chapel, 2215 East Roosevelt Avenue, Salt Lake City, Utah, where a visitation will be held Tuesday morning from 10:00-11:30 a.m. prior to services. Interment – Kaysville City Cemetery. In lieu of flowers, we invite you to continue your Christ-like service.

Services will be streamed live on the Russon Mortuary & Crematory Facebook page and on this obituary page.  The live stream will begin about 10-15 minutes prior to the service and will be posted below.

To order memorial trees or send flowers to the family in memory of Sherman Beck Sheffield, please visit our flower store.